Two weeks ago, I discussed the importance of celebrating Lent in the Baptist church. Today, I will begin to flesh out some ways that you can make Holy Week, the week leading up to Easter, become a very special time in the life of your congregation. The primary days of importance in Holy Week that I will explore with you are: 1) Palm/Passion Sunday – the Sunday before Easter, 2) Maundy Thursday, 3) Good Friday, and 4) Holy Saturday. Easter Sunday follows the next day.

Today, I will explore resources and ideas for a Holy Week devotional and a Palm/Passion Sunday service.

There are many resources available (web searches, devotional books, etc.) to help you formulate an 8-day devotional guide that will aid your congregation in reflecting on Jesus’ last days leading to the cross and His resurrection. To personalize the guide, ask several of your church members to write a devotional on the Bible passage you assign them. Distribute the guide to your church members and/or publish the daily devotionals online or via your email lists. Don’t forget links on your social media as well. Here is an example of a list of Scripture passages:

I encourage you to seek out resources and use your creativity to make this service come alive. I will outline a service I have used that brings a bit more formality to the service, but really gets the people actively involved in worship. For churches that have a very contemporary style of worship, this may be a real change for you to have a service such as this. I encourage you to change things up and see how refreshing and meaningful this can be for your participants. Simply utilize songs from your song list for the musical portions of the service. Here are some thoughts and reflections from the service:

As people entered, they were given a palm branch, a bulletin (with readings that could be projected on screen instead), and a devotional guide.  The first part of the service was joyful as many people processed through the church waving palm branches as they sang. The congregation was encouraged to wave their branches as they sang as well–even some of our reluctant worshippers managed to move their palm branches!  As the service progressed, we heard the same crowd that sang its Hosannas changed its tone and began to scream, “Crucify Him!” in the passion narrative.  I was overwhelmed by the response of the crowd.  One could get a feeling for what it must have been like.  The overall service captured the feeling of joyful ecstasy changing to hatred and disappointment to hopeless despair.  Realistically, I knew that more than half of these people would not be at the Thursday and Friday services, so we had to move to the feelings of despair during this service to properly celebrate the resurrection the next Sunday.  Musical accompaniment was provided by our praise band/orchestra.

Here are the details of the service:

Palm Processional        (Choir and several others, including children, march up and down aisles in procession around the sanctuary singing and waving palm branches.  The congregation waves palm branches as they sing from their places.)

Processional Song: Choose a song that captures the feeling of the entry of Jesus into Jerusalem–especially with the word “Hosanna.”  Check out Hosanna (Praise Is Rising) or LifeWayWorship.com’s Palm Sunday medley. There are also numerous traditional Palm Sunday hymns, such as The King of Glory Comes; All Glory, Laud and Honor; Hosanna; and Hosanna, Loud Hosanna.

Greeting   (The congregation stands and greets those around them.)

Pastoral Prayer   (Extemporaneous prayer for the concerns of the church)

(Read dramatically by one principal narrator, N; one male reader, S1; one female reader, S2; one male reader to join S1 and S2 on S+ parts; the pastor read the words of Christ, ✝; and the congregation read the parts of the crowd, C.  Note: the female reader did not read S+ passages that were said only by males. The dramatic presentation of this passage can be a great addition to worship)

N          But when he was accused by the chief priests and the elders, he gave no answer. Then Pilate asked him,

N          But Jesus made no reply, not even to a single charge–to the great amazement of the governor. Now it was the governor’s custom at the Feast to release a prisoner chosen by the crowd. At that time they had a notorious prisoner, called Barabbas.  So when the crowd had gathered, Pilate asked them,

N          For he knew it was out of envy that they had handed Jesus over to him.  While Pilate was sitting on the judge’s seat, his wife sent him this message:

S2        “Don’t have anything to do with that innocent man, for I have suffered a great deal today in a dream because of him.”

N          But the chief priests and the elders persuaded the crowd to ask for Barabbas and to have Jesus executed.  The governor said to them:

N          When Pilate saw that he was getting nowhere, but that instead an uproar was starting, he took water and washed his hands in front of the crowd, saying,

N          Then he released Barabbas to them. But he had Jesus flogged, and handed him over to be crucified.  Then the governor’s soldiers took Jesus into the Praetorium and gathered the whole company of soldiers around him. They stripped him and put a scarlet robe on him, and then twisted together a crown of thorns and set it on his head. They put a staff in his right hand and knelt in front of him and mocked him, saying,

N          They spit on him, and took the staff and struck him on the head again and again. After they had mocked him, they took off the robe and put his own clothes on him. Then they led him away to crucify him.  As they were going out, they met a man from Cyrene, named Simon, and they forced him to carry the cross.  They came to a place called Golgotha (which means The Place of the Skull).  There they offered Jesus wine to drink, mixed with gall; but after tasting it, he refused to drink it.   When they had crucified him, they divided up his clothes by casting lots.  And sitting down, they kept watch over him there.  Above his head they placed the written charge against him: THIS IS JESUS, THE KING OF THE JEWS.   Two robbers were crucified with him, one on his right and one on his left.  Those who passed by hurled insults at him, shaking their heads  and saying,

C          “You who are going to destroy the temple and build it in three days, save yourself! Come down from the cross, if you are the Son of God!”

N          In the same way the chief priests, the teachers of the law and the elders mocked him.

N          In the same way the robbers who were crucified with him also heaped insults on him.  From the sixth hour until the ninth hour darkness came over all the land.  About the ninth hour Jesus cried out in a loud voice,

N          Immediately one of them ran and got a sponge. He filled it with wine vinegar, put it on a stick, and offered it to Jesus to drink.  The rest said,

At that moment the curtain of the temple was torn in two from top to bottom. The earth shook and the rocks split.  The tombs broke open and the bodies of many holy people who had died were raised to life.  They came out of the tombs, and after Jesus’ resurrection they went into the holy city and appeared to many people.  When the centurion and those with him who were guarding Jesus saw the earthquake and all that had happened, they were terrified, and exclaimed,

Dear Jesus, Son of God, how we praise you for who you are: the greatest King who ever lived.  And yet you did not consider your high position something to hang on to.  You lowered yourself to death, even death on a cross. You stood in our place condemned to die.  How we thank you for your amazing love!  We are sorry for our part in your death.  It was for our sins that we died.  Each one was heaped on your shoulders as you hung on the cross.  Please forgive us for causing such pain and sorrow.  Man of sorrows, we love you.  In your name we pray.  Amen.[3]

Congregational Songs:  Include 1-2 songs about the cross and the forgiveness of sins through Christ’s sacrifice.

Song: (song about the cross by choir, soloist, worship team, or other)

Invitation Song:  Select a response song that focuses on the cross, for example, Lead Me to the Cross

Congregational Benediction: perhaps close with a song, such as the chorus of the hymn, At the Cross

Postlude (An appropriate selection by the band. pianist, or organist)

What are some meaningful things you have done for a Palm/Passion Sunday service? Please share to help others.

Take a look at Preparing for Holy Week, Part Two 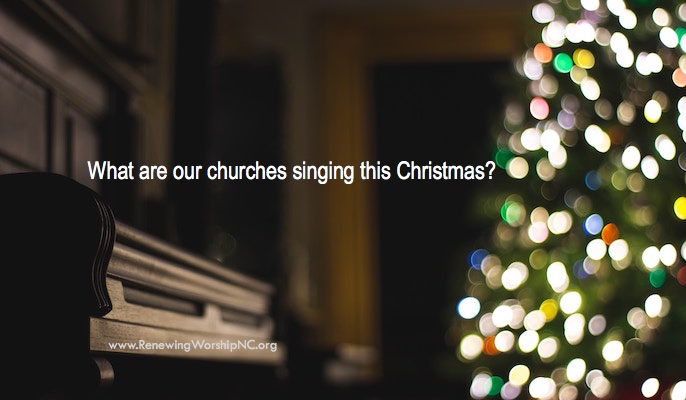 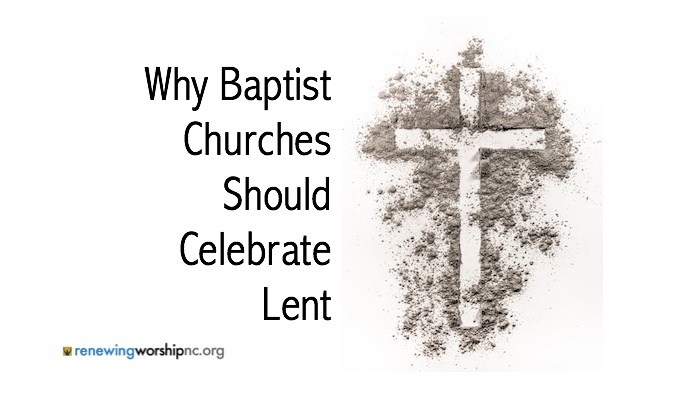 Why Baptist Churches Should Celebrate Lent 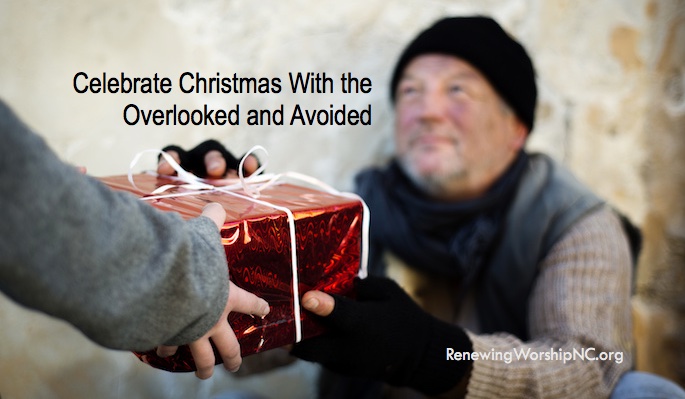 Celebrating Christmas With the Overlooked and Avoided 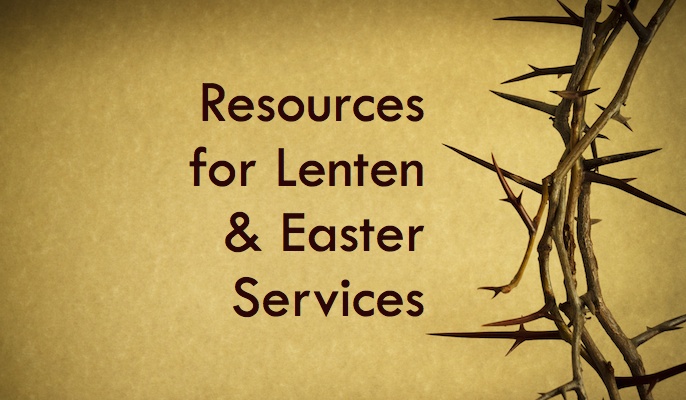